In the French Quarter of New Orleans there is an ordinary looking house, but a closer look at the hidden past of the property reveals a more complicated history- tales of secret attics, murder, and…Nicolas Cage?

It’s all true in the haunted Lalaurie House.

The dark history of the Lalaurie House began in 1832 when wealthy doctor Louis Lalaurie and his wife Delphine moved into the mansion. The family was one of prominent standing in the community at that time- they were socialites and and threw lavish parties for their neighbors.

Despite the appearance of their charming lifestyle, whispers of more sinister things spread through the slave class. It seemed there was an extremely high turnover with the house slaves- not only did the Lalauries frequently purchase new slaves, but no one ever seemed to figure out what happened to the old ones. Until, that is, a fire broke out in the Lalaurie kitchen.

Marie Laveau, circa 1920s, oil on canvas by Frank Schneider after George Catlin.

Some say it was a slave that started it in hopes to bring law enforcement into the house to investigate, but when authorities did show up, they discovered a secret attic with a grisly scene. Many of the former slaves who were thought to have disappeared were still within the house, in cages or attached to chains. All were disfigured and mutilated beyond recognition, tortured beyond belief. Many had died and their body parts were strewn around the room.

The town immediately gathered as an angry mob in order to arrest the couple, but the Lalauries barely escaped them by carriage, never to be seen or heard from again. It was then understood from multiple slave accounts that Delphine had been the mastermind behind the torture chamber, and her husband simply turned a blind eye to her horrendous experiments.

Most historical accounts agree that Mme. Lalaurie did in fact flee New Orleans by way of St. John’s Bayou and Lake Pontchartrain. They also agree that she spent some time in a house/cottage on the banks of the Bogue Falaya River near what is now Covington.

From there, the trail dims. Some reports say she went to Mobile, Alabama; others say she fled to Paris. But, there are other, and we believe more truthful, reports that say she never left the Northshore. After all, her daughters were left behind in New Orleans, what mother would want to go as far away as Paris.

Based on my research, I believe that Delphine Lalaurie never left St. Tammany Parish. When she reached the sanctuary of the Northshore woods, she decided to stay and take revenge on those who she felt had harmed her.

Eugene Backes and the copper epitaph he found gave evidence today that Madame Lalaurie, mistress of the mansion at 1140 Royal street in the 1830s, died in Paris and was buried in a cemetery here, adding a new chapter to an almost legendary story. Descendants of Madame Lalaurie, upon announcement of the find, revealed that they had known of the burial here. For years the building was known as the “Haunted House,” supposedly visited by shadows of slaves allegedly tortured there.

As she looked back on what had happened to her, the resentment and anger grew until Delphine Lalaurie became the perfect vessel for evil. Beginning with her mother’s death, purported to have been murder in a slave uprising, Delphine began to lose touch with the brightness of life and descend into a darkness from which she never emerged.

Each person she harmed and tortured provided another downward step. And, when she was driven from her house by the angry mob, her descent was complete. She now lived for nothing but the chance to do evil and persuade others to do the same.

At the same time, her friendship with Voodoo Queen Marie Laveau continued to grow. Laveau and Lalaurie lived just a few blocks apart in New Orleans and the two women became acquainted when Laveau did Mme. Lalaurie’s hair from time to time. So, with Marie Laveau’s help, she began to dabble in the occult – witchcraft, voodoo, satanic ceremonies – anything she could find.

The Northshore proved to be the perfect spot for Mme. Lalaurie for she was able to hide from prying eyes and yet attract those who wished to help her. 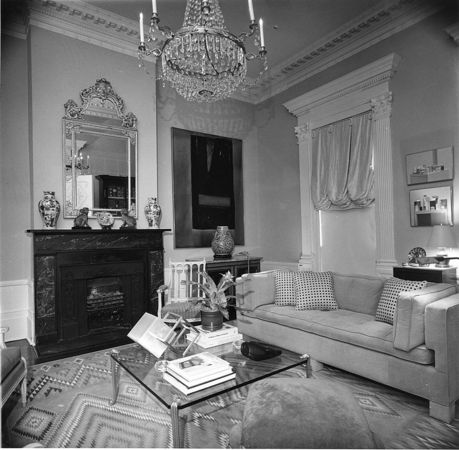 A second-floor parlor in the mansion, with its exquisite furnishings and works of art.

The more she learned about these “arts,” the more she became a disciple of them, particularly the satanic rites and rituals. As she became more proficient, she became known on the Northshore as the “devil-woman” and began to attract followers in surprisingly large numbers.

As recently as 1997, reporters were told by a witness who wishes to remain anonymous, that they had been involved in a satanic cult on the Northshore and as part of the initiation, had been buried alive! This person also had stories of human sacrifices and other terrible events. Reporters were taken to areas where these events were said to have occurred – although there was evidence of recent fires, nothing else was found, except an abiding sense of evil.

And there the trail ends – as we were warned numerous times not to pursue this any further or doom would befall us. We could tell you we ran out of time but in truth, it will take more than a few reporters to root out the evil that we only touched the edge of.

However, if you are out along the shores of Lake Pontchartrain late at night, away from the towns that dot it’s shores, you might see the brief flicker of a flame back in the woods. If you do, get away from there as fast as you can – you are in grave danger. For the legacy of Delphine Lalaurie lives on in the woods of St. Tammany where followers generations removed continue the practice of evil she began so long ago.

No one really knows what happened to Delphine Lalaurie once she fled New Orleans for the Northshore. There are even some who say she never left New Orleans at all, but simply remained out of sight in a more obscure part of town. The truth will never be known.

1140 Royal Street: One of the Most Beautiful Homes in America! Named the Lalaurie Mansion (formerly Warrington House) it is known for its ghostly history.

The following history of the mansion had been relatively quiet – being used at one point as a saloon and a music conservatory, until it was learned that Nicolas Cage purchased the building in 2007 under anonymous conditions. He held onto the property until 2009 until it foreclose, along with a number of his other properties. Today, the space still stands, as a private living space split into condominiums. 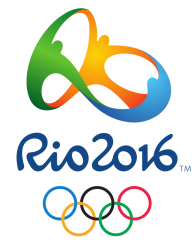 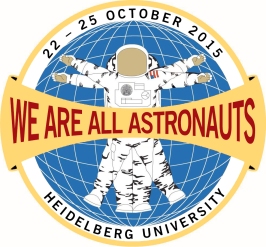 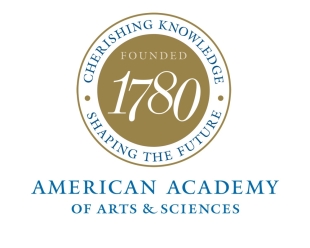 Pene' Pasta for the Soul!

Behind every strong woman; are all the other women that came before!